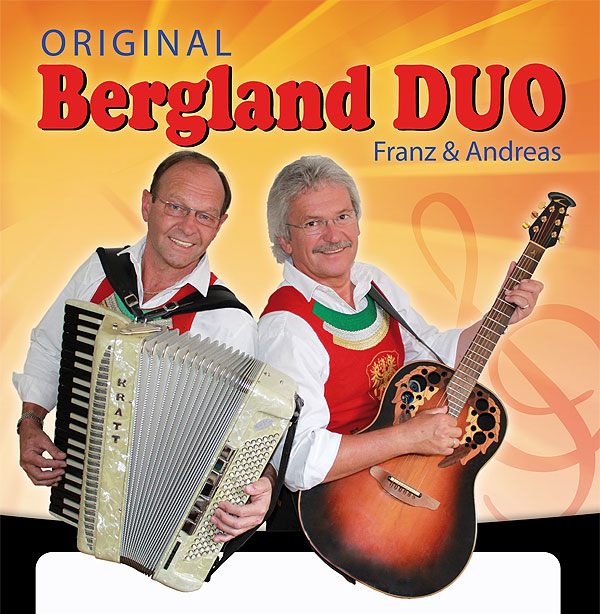 The mucial career of Andreas and Franz began in 1971.

Together with Richard Pfister and Hubert Kainzner, they formed the "Finkenberg Quartett".

After a short time, the four hobby musicians were already performing at various festivals, weddings, and galas, followed by nightclubs such as "Schlüssel Dancing", "Berghof Diele" in Mayrhofen or "Post Diele" in Hippach. Andreas was only 14 years old at the time and could only perform with parental supervision.

After about 3.5 years, Hubert and Richard went their separate ways, leaving Franz and Andreas to form the "Bergland Duo". In the Duo's fifth year, Alfred Mader of the "Hippacher Trio" arranged for them to get a recording contract. 1980 saw the publication of their first LP & MC production, called "Die Berge, die sind mein Zuhaus" ("The Mountains, They Are My Home").

So far, they have recorded 14 albums. The most recent one is called "35 Years of Bergland Duo".

Tradition is very important to both musicians, and so they take part in the annual "Klöpfelsingen" during Advent. For this occasion, the Zellberg Duo with Doris joined forces with the Bergland Duo, put together a program, and so they go singing from door to door, accompany church services, or even appear on television. 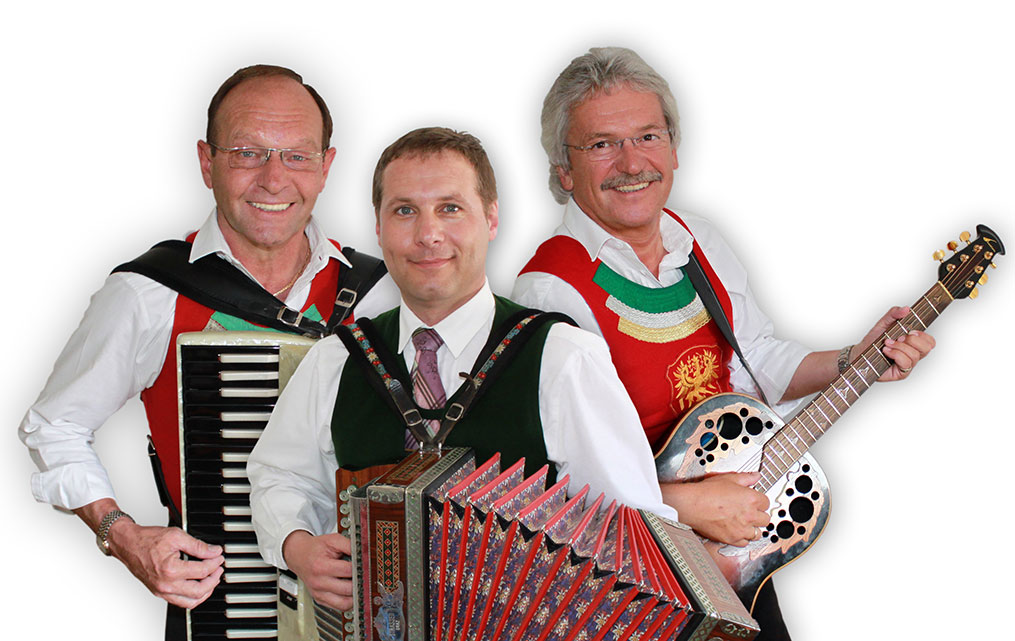 A new development is the fact that the Bergland Duo sometimes appears with the support of guest musician and friend Wolfgang with his Styrian harmonica.

This email address is being protected from spambots. You need JavaScript enabled to view it.
www.hotel-margit.at